Women Have an Edge as Financial Advisors 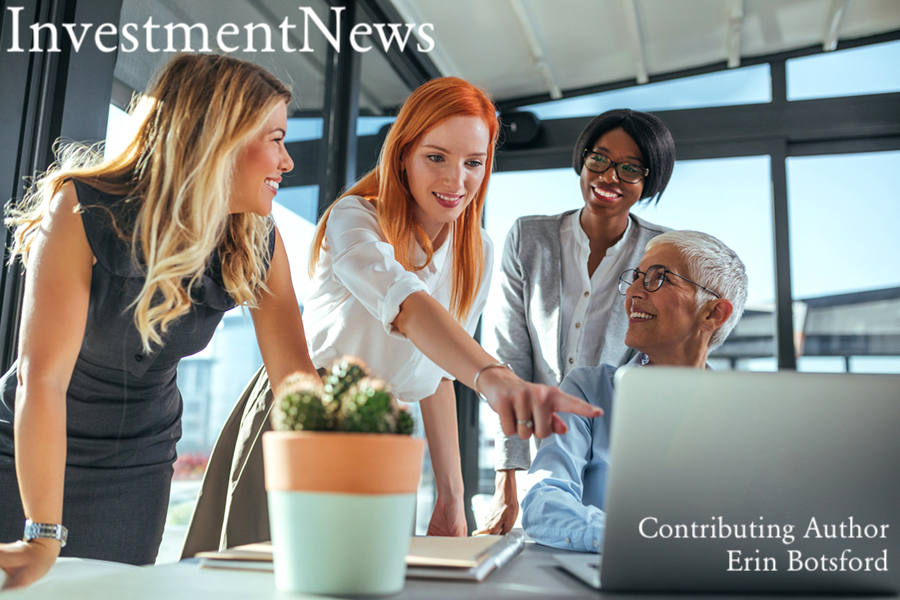 The financial services industry is the ideal career field for women. I’m living proof that a woman can come into the business with no knowledge of finance and excel beyond her wildest dreams.

The only requirement is resilience. Ours is an industry of ups and downs — if you can just get back up after being rejected by a prospect or suffering a market setback, you’ll do well. It’s really that simple. Just keep getting back up.

I started when I was 31 years old. My husband, an Air Force pilot, and I had just moved to Panama City, FL., where I knew no one. Looking for a job as a secretary, I walked into a stock brokerage firm. Low and behold the branch manager offered me a job as a stockbroker!

At the time, I didn’t know the difference between a stock or a bond and had never heard of a mutual fund. A few weeks later I was sitting for my exams and the next thing I knew I was a stockbroker!

When I got back from my three weeks of formal training, my boss asked to see my business plan. What? I had No idea what a business plan looked like and in 1989 Google didn’t exist, so I couldn’t look it up.

After a trip to the library, I presented him with my plan. He responded: “Erin, this is probably the best business plan I’ve ever seen.” (I soon learned it was the only business plan he’d ever seen because he never asked the guys for one.)

He then went on to say: “I just don’t want you to be disappointed when you fail.” Stymied, I asked: “Why do you think I’m going to fail?”

He replied: “Erin, you are a recipe for disaster. You are young, you’re a female and this is the South. This is never going to work.”

Despite the initial shock of hearing those statements, I now consider them a gift. As I walked out of his office, picking myself up off the proverbial floor, I decided to put on my big-girl pants and said to myself…

“As God is my witness, I’m going to prove this man wrong.”

And boy, did I prove him wrong! I went on to become one of America’s top financial planners.

So why do I think being a female in the financial services business is an advantage? One, you certainly stand out in a crowd. Our industry is still dominated by men and I considered my femaleness to be an advantage.

In a competitive situation — and I have had many — I had something many of my male competitors didn’t have: that innate sense of empathy that most women possess. After all, we are nurturers by nature, and that certainly bodes well when meeting with prospects.

The financial services business is really just a people business. It’s not a stock or bond or managed money business. There are always real people sitting on the other side of the table who are making a decision to entrust you with their life’s work and their hard-earned savings.

Also, something my male competitors typically don’t realize is that in a couple situation, the female in the room always retains what I refer to as “absolute veto power.” It holds pretty true that if she doesn’t like the advisor or feels marginalized, that advisor doesn’t stand a chance.

The value of being a woman is that we intuitively know what it feels like to be marginalized so we can win by winning her over!

So tell me. Do you agree? Leave a comment below so we can connect!