Win Female Clients by Not Losing Them in the Beginning 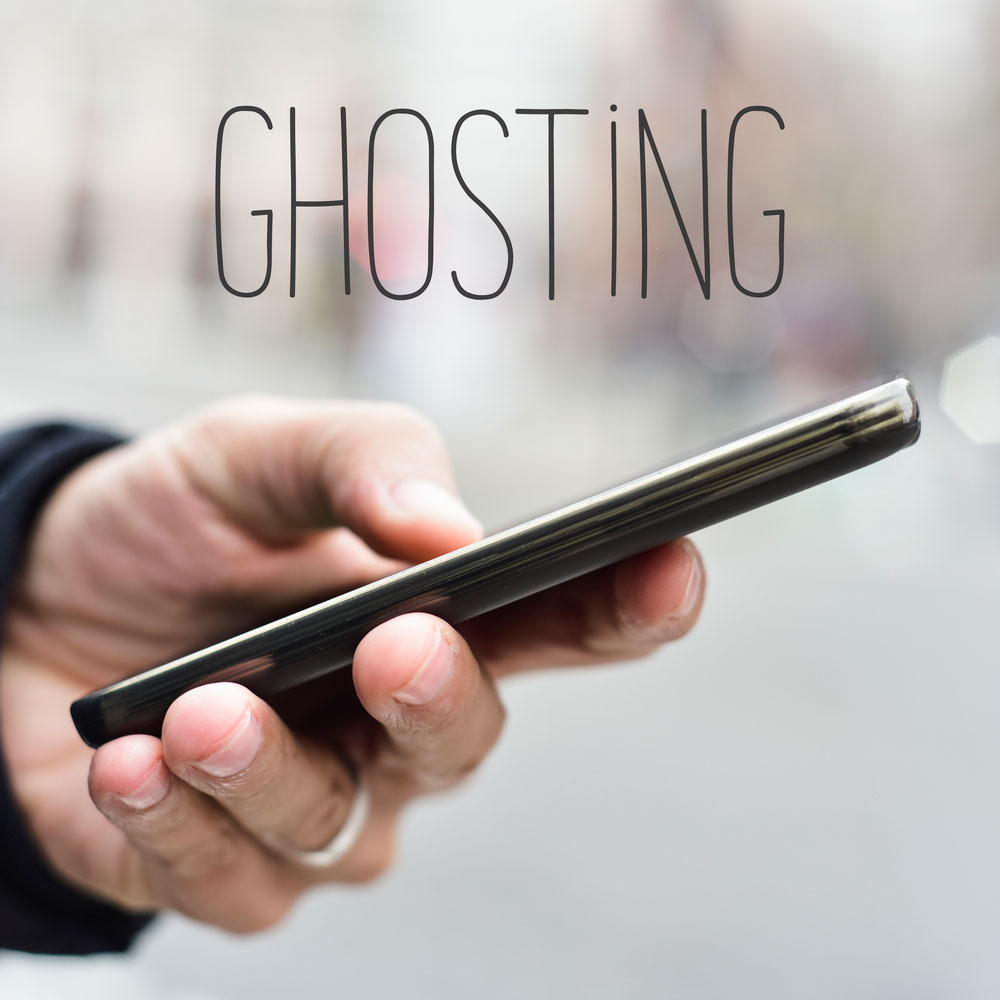 Have you ever been ghosted? You had a great initial prospect meeting but you never heard from them again?

Maybe it was because you left an important influencer out of the discussion. Did you inadvertently leave out the woman, not realizing the influence she maintains in the relationship?

I am going to tell you how to win over female clients by not losing them at the onset. A fresh realization about the concerns and expectations of female prospects will go a long way to avoiding that “ghosting” experience.

I am going to talk about winning with women who are part of a couple, married or as partners. Women in relationships typically have an inherent power of influence that is impossible to measure, although everyone who gives it a little thought knows it exists. While they may not be the power-house earner, they retain a power that is far greater – I call it “absolute veto power.” If they don’t like you in the first meeting or feel marginalized in any way, by the time they get to the parking lot and close their car door, you, the advisor are history.

Having been in the financial services business for more than 30 years, I always found it fascinating to learn my peers believed that it was the male in a relationship who drove the proverbial bus. In situations where the man is the wage earner and the wife stays home with kids, it would be easy to suspect he had the final say in all things financial. But that could be a fatal assumption. Then too, even I was not always aware of the dynamic that exists in a couple and how much power she had over decisions.

So how did I figure this out?

In 1993, my husband and I decided to put a pool in our backyard. I left the project to him, because his attention to detail far exceeds mine. At some point in the process, Bob told me the pool guy wanted to meet with both of us to discuss the pool pumps. I told him I had no interest in the discussion, but the man insisted I be there. I cleaned up my desk and arrived at home in time for the meeting. The pool guy was right on time; his greeting was effusive – in his thick Texas accent, he kept saying he was, “so glad to know me.”

I offered him a glass of iced tea and the meeting began. What transpired next was…simply amazing. As he went through the details of the pool and the pool pumps, he never once looked at me, spoke to me or even acknowledged I was sitting at the table. It was unbelievable. As my fury rose, I sat there, thinking: “This is really interesting. This man insisted I be here; he made me wrap up my day at the office early so I could attend. Now I’m here and he is completely ignoring me.”

In what I can only describe as a quiet rage, I sat there stewing….but more importantly, pondering whether there might be a lesson to be learned by this interaction. Keep in mind, I was relatively new in the financial services business. But all of my training had been centered on the idea that it was imperative, in a couple situation, that both parties be present. I wondered if I had ever treated a woman in a relationship with less than absolute inclusion. True, it was generally the man in the situation who was the bread-winner. But I thought, “Certainly, I’ve never treated a woman like this, have I?” It was easy to go off in my own thoughts because I was being summarily ignored.

When the meeting finally ended two hours later, my rage had died down. I was too caught up in my own thoughts asking myself questions about how I had treated my female clients. We walked the man to the door. His goodbye was as effusive as his greeting, “Mrs. Botsford, it’s been so nice to know you; I am going to build you the most beautiful pool – something you and your family can enjoy for decades to come.” I courteously shook the man’s hand and we closed the front door. I looked at Bob and did what any other self-respecting woman would have done. I swiped my right hand along my throat and said, “Not going to happen.”

My husband, in shock and oblivious to what had gone on for the past two hours asked, “What do you mean, ’Not going to happen?’” He continued, “That man just spent two hours with us going over every detail of the pool design and the pump specifications and ….” To which I replied, “That man insisted I be here for this meeting. I had to wrap up my day and fight traffic to get home. And then he completely ignored me for a solid two hours. Were you even aware of that?” My husband, still stunned, quietly acknowledged, “Well, come to think of it, he really didn’t ask for any of your input, did he?” I said: “NO.” And because of that, we are not doing business with that man. End of story.”

And that, dear readers, was the day I exercised my absolute veto power. It’s a power that all women in a committed relationship maintain. It is powerful. It is absolute. And all of us would be very wise to know it exists.

Why know this? Because smart advisors always want the woman in the relationship at the table and included as an active participant in the decision-making process. She is likely to outlive her husband/partner. Do you want to lose the relationship if or when he dies? That would be foolish and a bad business decision.

Now that we know all about a woman’s super power, what do you do to make sure she never uses it against you? Being a woman, it’s probably easier for me to articulate what women want out of their advisory relationships because I’ve been a client and an advisor. Here’s what I’ve learned…

A woman wants respect on par with her male counterpart. Finance may not have been her college major, but she’s likely paid a good number of bills and understands the family’s finances as well as her partner. She wants to be heard. While she may not say much in a meeting, always bring her into the conversation and ask her opinion. She abhors condescension. Please don’t “dumb down” your presentation just for her, but also don’t speak to her like you’d speak at an industry conference. Male or female, you can’t assume either client is as savvy as you are when it comes to financial terms so you’d be wise to use terms and language they have both heard before.

Finally, since our industry is dominated by male advisors, we often forget to watch our metaphors and analogies. We use sports analogies to describe a lot of things – like saying: “Well, when it comes to your retirement, just think of yourself as being on the fourth down with four yards to go.” Really? Don’t assume she understands that. But what she did understand is that you’re using an analogy that likely left her out of the conversation yet again. Don’t do it.

Women and men have huge differences in what they want in an advisory relationship. I have seen study after study that a woman’s DNA predisposes her to value safety and security over risk-taking. According to the 2016 Allianz study, 57% of women fear they will run out of money and end up being a bag lady! Take her emotional needs into account as you make your recommendations. If you can create a portfolio that will always take care of her basic living needs, regardless of market circumstances, she will love you forever. What you do with the remainder of the couples’ assets are of lesser concern to the woman, as long as she knows her fundamental lifestyle will never be at risk.

Here are a few tips to ensure the best outcome…

Seat the woman at the head of the table. I have an entire strategy on how to get her to sit there because she won’t be inclined to naturally take that seat, which I will discuss in my next article.

Always address her first and give her most of your attention until you can see in her body language that she feels included in the conversation. Tell her point blank you are glad she is there and that you are going to make sure she is heard throughout your process; her issues and concerns are going to be addressed. Then, and only then, bring her husband into the conversation.

In my process, in an initial prospect meeting, after some niceties, I will establish rapport by telling my personal story. I’ll say: “Before I ask about your finances, I’d like to tell you a little bit about my background so you feel comfortable in knowing who I am and why I am uniquely qualified to help you with your financial planning.” The key here is to not talk about your industry accolades or professional qualifications. Instead, tell them your personal story and relay an obstacle you had to overcome to get to where you are now.

Then I ask the prospects to tell me their story. They typically feel comfortable doing so because I’ve gone first and opened up about some of the more painful parts of my history. I always have the woman go first. Why? Because it’s rare someone (especially a woman) is given the opportunity to talk about themselves, so giving her that chance will be the consummate gift. Ask probing questions about her history, regardless of whether they relate to their financial picture. Be interested! You will learn a lot about her concerns as you listen carefully and don’t rush the conversation.

When she’s done, ask her male counterpart to tell his story. Typically, his will be a lot shorter! The interesting thing about this exercise is that it is not done in any other environment. Who has ever asked you to tell your story? In our fast-moving world, outside of a person’s pastor or psychologist, nobody asks about your background or story – certainly not in our profession. We always talk about a person’s future – their retirement or their next step. But a client’s history and experience should always inform our recommendations for their future.

It is amazing what comes out of those discussions. While there are other nuances in how to win over women, if you merely have the conversation I just talked about, sit her in a place of honor (at the head of the table) and continue to bring her into every aspect of your discussion, you will have a client for life.

In my next article, I’ll talk about my greeting and seating system and add some basic but important nuances to winning over female prospects and clients.